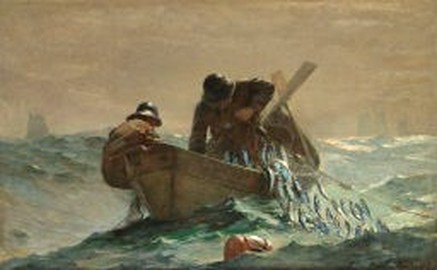 “Ladies and Gentlemen,” Mr Sir Orange said, “Some malign tongues have it that there is something fishy about my appointment to this high office. These tongues say that I have a personal interest in fish rather than in art, while my interest should be national rather than self-oriented and be equally directed to fish and art. These allegations, I say, are false.”

Mr Sir Orange paused to let his statement sink in and he rightly did so. The gathering was well attended by those high in ministerial offices, their underlings and members of the press. The Postman was present, so was the Watchhound (a vicious beast indeed) and the enticing Miss Miss Reporter. A formidable media crew keen indeed to record any faux-pas by our blue blooded celebrity cat – well, blue blooded by association of course!

“First,” expounded Mr Sir Orange, “clearly art and fish appear to be different things. But how different are they really? I remind you that there is plenty of fish in art and that plenty fish are works of art by themselves. As an example of the first I hereby show you a famous and deeply moving painting titled ‘The Herring Net,’ one of the finest examples of symbolic social realism.

We see here fish trapped en masse, a situation which metaphorically can be extended to all who by their membership of a group, class, caste, tribe, religion or other association are subjected to gruesome external manipulation and exploitation by powers we cannot control or even conceive of.”

Mr Sir Orange, encouraged by the grave silence of the audience, carried on.

“Note that the fishermen on this gripping painting are NOT cats. They are human beings; animals that consider themselves to be the crown of creation by the intelligence they think they have. We know otherwise, fortunately. Human beings are not better or smarter than any of us genuine mammals. We know that the animal that gave itself the name homo sapiens, actually is closely related to the penguin. Penguins are birds.”

The audience was puzzled and intrigued.

Mr Sir Orange explained: “The facts speak for themselves. Penguins transport themselves over land by bipedal locomotion and so do human beings. All land mammals, apart from humans, have quadruple locomotion. The human being is the odd one out, walking on two legs like the penguin and other birds. The human being appears to be some kind of hybrid; bird in one way and mammal in another. How this anomaly came about presently is researched by the University of Cat-os-Trophy and we are waiting for its findings.”

“That might explain,” pondered the Postman, “why human beings are so unstable. They keep falling out with one another.”
“The human ancestor must have had intercourse with a bird,” speculated the Watchhound.
“That must be the reason why human beings always bungle things up,” concluded the beautiful Miss Miss Reporter.

“Second,” resumed Mr Sir Orange, “now that we have established the close relationship between art and fish I have coined the word arti-fishal to signify this relation. Artifishal art is art about fish. All art is artificial but not all art is arti-fishal. Fish that are naturally art are artifishal fish."

The Postman frowned his eyebrows wondering what Mr Sir Orange was up to.
The Watchhound smelled a rat. “Perhaps he is trying to impress Miss Miss Reporter,” he cunningly speculated.
Miss Miss Reporter thought that Orange was behaving like a human being by his funny reasoning. What is the difference between artificial and artifishal anyway? Sounds just the same to me! And she thought that “DIFFERENCE WITHOUT DIFFERENCE” might make a good headline for the article she had to submit.

Mr Sir Orange sensed the uneasiness in the audience and reacted promptly. “I am proud to say that here, at these very premises, we have a great collection of artifishal art, both as art and fish. It now is my privilege to invite you to view this great collection at the Artifishal Gallery and Pond. While feasting your eyes on these great images choice food and drinks is waiting for you."

“It is once more a case of self-promotion,” concluded the Postman.
“There should be a secret tunnel between the Artifishal Gallery and the Pond, that much is clear,” deduced the Watchhound.
Miss Miss Reporter after a few drinks decided to try out other captions for her article. ORANGE MAKES ART FISH, she thought, could do. Or should it be ORANGE MAKES FISH ART? As she spotted Mr Sir Orange a question arose in her mind that she immediately put to him.
“Excellency,” she said, “The kangaroo is a land animal which has four legs but does not have quadruple locomotion. So the human being is not the only odd one out, is it not?”
“Your observation is sharp and to the point,” admitted Mr Sir Orange. “The kangaroo is another exception among the mammals. Stranger even than the human being. The humans walk by sequential movement of their legs but the kangaroo is a two legged jumper moving his instruments of locomotion simultaneously. It might be that the kangaroo is an inter-species hybrid, probably frog in part. It is, however, more likely a runaway case of behavioural copycatting. What did you say you are drinking?”
"A white chardonnay please," replied the dear Miss, confused by the prospect of an increasingly hybrid world. "What about whales," she thought, "or the bats? And-so-on."
"Cheers," smiled Orange who had sensed her uneasiness. "These mixtures are best understood as the artistic freedom of the Creator. But us cats are cats pure sang, blessed with nine lives.