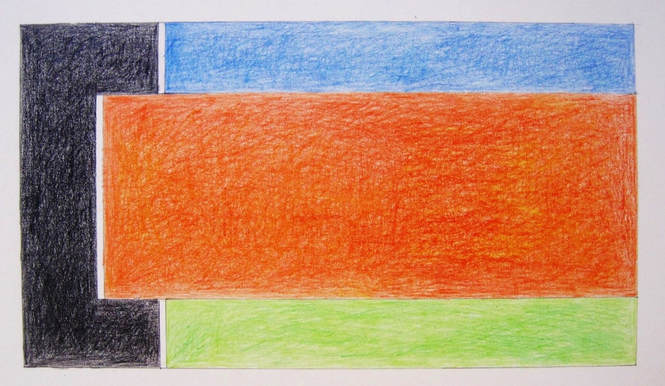 Orange County by Alias Author. 2015, preparatory sketch in pencil.
​Mr Sir Orange, famous Minister of Fisheries and Art, recently acquired a work of art that now is the centre piece of the magnificent display at the Orange Arti-fishal Art Gallery at the Orangery. Below an account of the controversy sparked off by this seemingly inconspicuous work of art!
​

​Despite (or because of?) all the controversy Mr Sir Orange is tickled with his latest acquisition so prominently on display. The Orange residence with adjacent pond and gallery increasingly have become the pivotal scene not only of county artistic presentation but of national art activity as well. 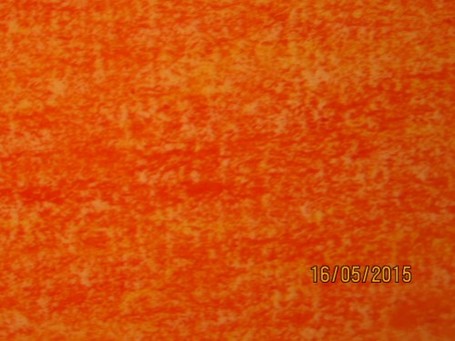 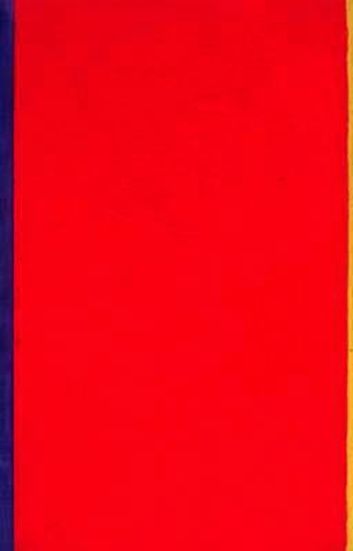 Who is Afraid of Red, Yellow and Blue? Barnet Newman. 1967.
​The controversial work, shown above, is titled Orange County. Critics - or are they criticasters? - accuse artist Alias Author of plagiarism. Orange County critics said, lacks originality.

Stylistically it could have been produced by Barnett Newman, more than 50 years ago, so critics claimed. Arguably one of the most famous paintings by this American of Polish Jewish origin is titled Who is Afraid of Red, Yellow and Blue? (1967). Its fame mostly arose from an incident in 1986 when a mad man attacked the painting with a knife when on display at the Amsterdam Municipal Museum of Art ("The Stedelijk"). The restoration of this large painting sparked off an unsavory dispute which again added to the renown of the monumental work.


​“Of course,” the same critics cried maliciously, “many artists could have painted such a thing many decades ago, but they did not bother. Why did they not bother? Because they did not think it worth their while. The thing just is so uninteresting that it is better not to talk about it!”

Mr Sir Orange smirked. He knew very well that bad publicity in art is better, much better, than no publicity. In art, like in any business, you do not exist if you are not heard or seen. In so doing he was paying tribute to philosopher Bishop Berkeley and his famous dictum “esse est percipere" - to be is to be perceived.

Mr Sir Orange enjoyed the upheaval his exhibition is causing but more important is his genuine appreciation of “Orange Country” - controversy and publicity were only added bonus. He simply reasoned: “How can a work of art with so much orange in it possibly be bad?!”

And indeed the critics could not answer such a question. They knew that orange and orange-ness were so closely associated with regionalism and regional identity that speaking bad about it was tantamount to creating national animosity – the thing formerly called animabalism. So they shut up about the art work.

Instead they turned to the artist and directed their poisoned arrows at him. They accused him of copycatting. This made artist Alias Author (alias Alias O. Teur) laugh.  “Copycatting?” he chuckled. "Copycatting does not exist when it comes to our heritage. Orange county, as you should know very well, is cat’s country and cat’s colour is orange. I am not copycatting orange; I am propagating it, as you can see, putting it in a new light.”

“But you are not a cat at all,” countered a certain reporter named Jones. “So why justify yourself by a heritage that is not yours?”